Headlines
Redwan Rahman graduates from FilmdomThe local government minister has instructed to cut the road if necessary to remove the waterRequest to withdraw closure shop at night till EIDThe days of the Western monolithic world are over: PutinLeaders of Germany, France, and Italy in Kyiv to express solidarity‘Presidents of two countries call and pressurized Mbappé’Two U.S. citizens are thought to be missing or taken prisoner in UkraineCOVID: The technical committee suggested lifting some restrictionsPetrol prices hit record highs in the USCanada wants a stern warning against cigarettesThe task force to protect the mountains, demanded the formation of a speedy trial tribunalDepot fire: CID tries to find the cause on CCTVRussian passports are being issued in occupied UkraineFire on Parabat Express: Railroad to Sylhet is normal after 4 hoursAnother 24 children died in Mariupol, Ukraine said
Home Headlines The surrender of the remaining fighters, finally the siege of the steel...
Facebook
Twitter
WhatsApp
Print 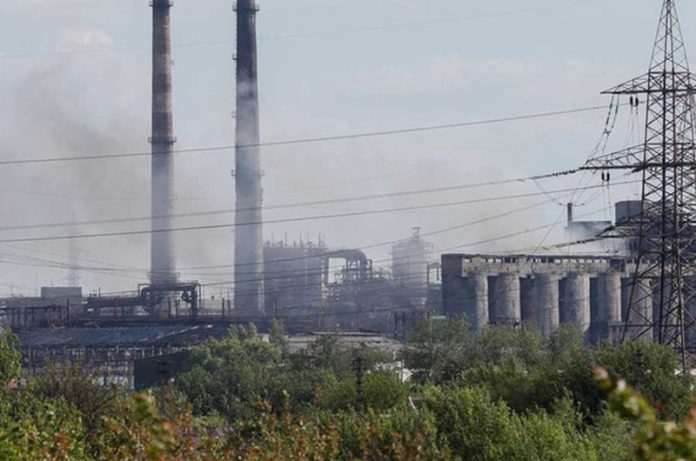 Md. Ashraful Islam: Russia says a week-long siege has ended with the surrender of the remaining Ukrainian fighters hiding in the Azovstyle steel plant in Mariupol.

The country’s defense ministry said in a statement on Friday that the remaining 531 fighters had dropped their weapons and surrendered.

The Azvastail iron and steel plant has been completely liberated, the ministry said in a statement; The news agency Reuters reported.

About three months ago, Russia laid siege to Mariupol, one of the country’s most important port cities and trade centers, after launching an invasion of Ukraine. The city was almost devastated by the Russian invasion. As time passed, most of the city fell to Russian forces, and Ukrainian resistance fighters moved into the underground bunkers and tunnels of one of Europe’s largest iron and steel mills, covering an area of ​​about 11 square kilometers, with hundreds of civilians.

Russian forces cordoned off the factory and began shelling and bombing. Russian President Vladimir Putin has instructed that not a single fly out of the factory.

These fighters and civilians, who have been stationed at the steel plant for weeks, are in dire need of food, water, and medicine. Many wounded fighters are trapped there without treatment.

In this situation, on Monday, the Ukrainian government ordered the fighters to leave their positions. Earlier, civilians at the steel plant were evacuated to a city under Kyiv under an UN-brokered agreement between Russia and Ukraine. Then, first, the wounded fighters and then the other fighters dropped their weapons and began to surrender to the Russian forces.

But the commanders of Russia’s so-called “neo-Nazi” forces, the Azov Regiment, continued to procrastinate without surrendering.

Within hours of Russia’s announcement, Ukrainian President Volodymyr Zelensky said Ukrainian military forces had told protesters they could come out and save their lives, and that everyone would probably leave in the next few days.

A statement from Russia’s Defense Ministry said, “The underground facility of the factory where the militants were hiding is under the full control of the Russian Armed Forces.”

In the last few days, a total of 2,439 protesters have surrendered, they said.

The statement added that Russian Defense Minister Sergei Shoigu had informed President Putin that both the Mariupol and the steel mills were now completely free.