Headlines
Redwan Rahman graduates from FilmdomThe local government minister has instructed to cut the road if necessary to remove the waterRequest to withdraw closure shop at night till EIDThe days of the Western monolithic world are over: PutinLeaders of Germany, France, and Italy in Kyiv to express solidarity‘Presidents of two countries call and pressurized Mbappé’Two U.S. citizens are thought to be missing or taken prisoner in UkraineCOVID: The technical committee suggested lifting some restrictionsPetrol prices hit record highs in the USCanada wants a stern warning against cigarettesThe task force to protect the mountains, demanded the formation of a speedy trial tribunalDepot fire: CID tries to find the cause on CCTVRussian passports are being issued in occupied UkraineFire on Parabat Express: Railroad to Sylhet is normal after 4 hoursAnother 24 children died in Mariupol, Ukraine said
Home Headlines The United States is providing 4 trillion Dollars in aid to Ukraine
Facebook
Twitter
WhatsApp
Print 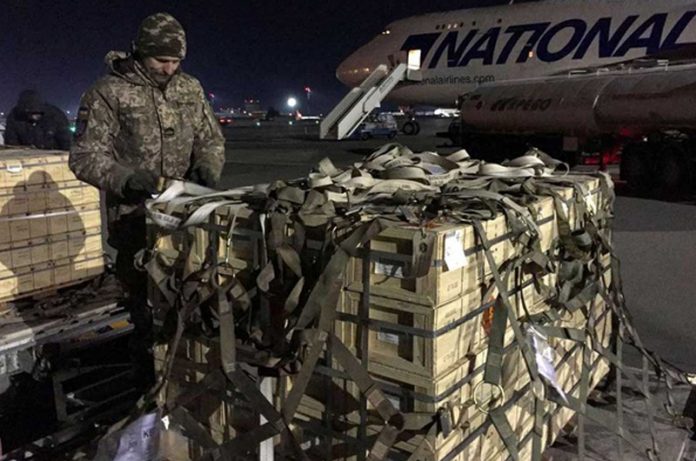 International Desk: The United States is providing another 4 trillion in aid to Ukraine to counter Russia’s aggression.

The bill was approved by the lower house of the US Congress on Tuesday evening.

The House of Representatives received 368 votes in favor of the bill, with only 56 against, according to Reuters. Republicans voted “no” in the ruling, Democrat-dominated council. The bill now needs to be approved by the upper house of Congress, the Senate.

However, the US Senate, which is trying to strengthen the Kyiv government by maintaining military supplies, is expected to approve the bill soon. The bill will then be finalized if President Joe Biden signs it.

Two weeks ago, Biden called on Congress to approve an additional 3.3 billion in aid to Ukraine. But U.S. lawmakers have decided to increase funding of the military and humanitarian assistance.

Democrat Rosa Delauro, a member of the House Appropriations Committee, called on members of the House of Representatives to support the package.

Biden urged Congress to approve the bill quickly before sending it to Ukraine, as current US military aid to Ukraine expires this month.

Opposing the bill, some Republicans have criticized Democrats for rushing to send huge sums of money abroad to U.S. taxpayers. Democrats are narrowly in control of the House of Representatives, but the bill needed Republican support to get to the Senate.

The aid package for Ukraine includes 600 million in security assistance, including training, equipment, weapons, and support, 870 million to replenish US equipment shipments to Ukraine, and 3.9 billion for European command operations.

Specifically, the rest of the money will be used to buy war vehicles, help the Ukrainian economy and provide food aid.