Headlines
Redwan Rahman graduates from FilmdomThe local government minister has instructed to cut the road if necessary to remove the waterRequest to withdraw closure shop at night till EIDThe days of the Western monolithic world are over: PutinLeaders of Germany, France, and Italy in Kyiv to express solidarity‘Presidents of two countries call and pressurized Mbappé’Two U.S. citizens are thought to be missing or taken prisoner in UkraineCOVID: The technical committee suggested lifting some restrictionsPetrol prices hit record highs in the USCanada wants a stern warning against cigarettesThe task force to protect the mountains, demanded the formation of a speedy trial tribunalDepot fire: CID tries to find the cause on CCTVRussian passports are being issued in occupied UkraineFire on Parabat Express: Railroad to Sylhet is normal after 4 hoursAnother 24 children died in Mariupol, Ukraine said
Home Country The United States wants a transparent investigation into Muhibullah murder
Facebook
Twitter
WhatsApp
Print 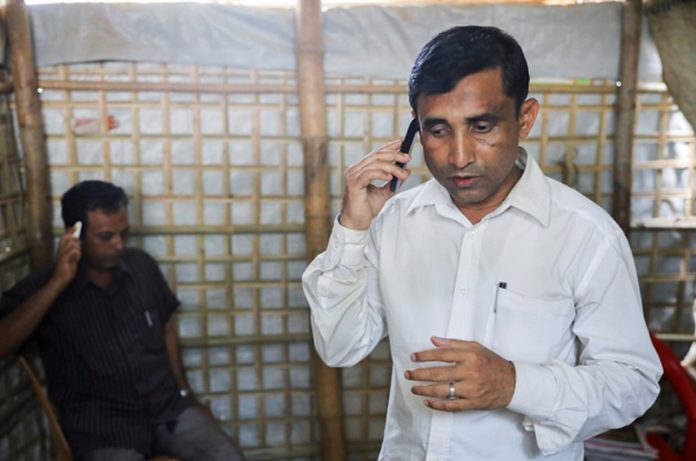 Md. Ashraful Islam: US Secretary of State Anthony Blinken has demanded a transparent investigation into the killing of Rohingya leader Mohammad Muhibullah and bring those responsible to justice.

“We call for a full and transparent investigation into his death to hold those responsible for this heinous crime accountable,” he said in a statement on Thursday.

Muhibullah, 48, was chairman of the Arakan Rohingya Society, an organization called Peace for Human Rights. He was shot dead at a Rohingya camp in Lambasia on Wednesday night.

Muhibullah, a schoolteacher in the Maungdaw area of ​​Myanmar’s Rakhine state, was described by Western media as the “voice of the Rohingya.”

He came to talks with the then US President Donald Trump in 2019. He represented the Rohingya at the UN human rights body in Geneva.

Muhibullah’s assassination has also provoked an international outcry. International human rights organizations, including the United Nations and the UNHCR, have called on the government to speed up the investigation and bring the perpetrators to justice.

Two days after the killings, the Armed Police Battalion said it had detained a Rohingya refugee from the camp on suspicion of involvement in the killings on Friday.

Describing Muhibullah as a “courageous and strong advocate for the rights of the Rohingya worldwide,” Blinken said he was “deeply saddened and saddened” by the killings.

The Secretary of State also recalled his strong support for the rights of his people during his visits to the UN Human Rights Council and the United States in Geneva.

“During the visit, he shared his experiences with the president and Vice President of the United States and spoke with others who have been persecuted for religious reasons,” he said.