Headlines
Redwan Rahman graduates from FilmdomThe local government minister has instructed to cut the road if necessary to remove the waterRequest to withdraw closure shop at night till EIDThe days of the Western monolithic world are over: PutinLeaders of Germany, France, and Italy in Kyiv to express solidarity‘Presidents of two countries call and pressurized Mbappé’Two U.S. citizens are thought to be missing or taken prisoner in UkraineCOVID: The technical committee suggested lifting some restrictionsPetrol prices hit record highs in the USCanada wants a stern warning against cigarettesThe task force to protect the mountains, demanded the formation of a speedy trial tribunalDepot fire: CID tries to find the cause on CCTVRussian passports are being issued in occupied UkraineFire on Parabat Express: Railroad to Sylhet is normal after 4 hoursAnother 24 children died in Mariupol, Ukraine said
Home Headlines The White House wants Ukraine to deliver anti-ship missiles
Facebook
Twitter
WhatsApp
Print 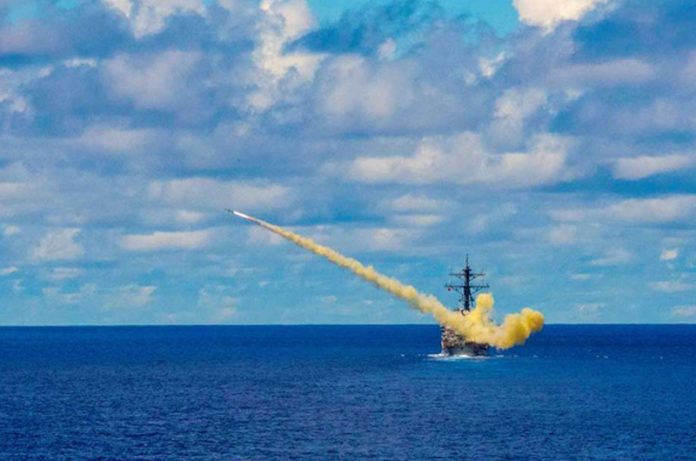 They say Washington is considering taking the step, despite concerns that a powerful weapon could escalate the conflict in Ukraine if Russia sinks a warship.

Ukraine has never hidden its desire to have more sophisticated and powerful weapons than the ammunition, javelin, and Stinger missiles it now has in its arsenal, the kind of weapons the United States wants.

According to Reuters, Kyiv’s list of wanted weapons included weapons that would move the Russian navy away from Ukraine’s Black Sea ports. In that case, Ukraine will be able to resume shipments of grain and various agricultural products worldwide through those ports.

Former and current US officials and various sources in the US Congress have previously noted the difficulties in sending powerful weapons to Ukraine, including long training in equipment, complexity in equipment maintenance, and fears that US weapons could eventually fall into Russian hands and escalate the war.

But three U.S. officials and two congressional sources now say that Boeing’s Harpoon and Konsberg-Rathon Technologies’ Naval Strike Missile, both of these powerful anti-ship missiles, are being used directly or indirectly by European allies in the UK.

In April, Ukrainian President Volodymyr Zelensky requested a Harpoon missile from Portugal with a range of about 300 kilometers.

However, due to some complications, Ukraine did not receive such missiles. One is that having a sea-based missile has limitations in getting a harpoon launch platform from the shore; Several officials have mentioned this technical hurdle.

Work is underway to resolve this issue; A possible solution is to consider launching a launcher from a U.S. warship, two U.S. officials said.

The British Ministry of Defense says there are about 20 Russian vessels, including submarines, in the “operational zone” of the Black Sea.

Brian Clark, a naval expert at the Hudson Institute, says 12-24 Harpoon anti-ship missiles with a range of more than 100 kilometers could pose a threat to Russian warships, in which case Moscow may agree to lift its naval blockade.

“If Putin remains steadfast, Ukraine will be able to strike large Russian ships, because they have no place to hide in the Black Sea,” Clark said.

Russia has already suffered heavy losses at sea since the start of the operation in Ukraine, with its Black Sea Fleet flagship Moscow sinking.