Headlines
The local government minister has instructed to cut the road if necessary to remove the waterRequest to withdraw closure shop at night till EIDThe days of the Western monolithic world are over: PutinLeaders of Germany, France, and Italy in Kyiv to express solidarity‘Presidents of two countries call and pressurized Mbappé’Two U.S. citizens are thought to be missing or taken prisoner in UkraineCOVID: The technical committee suggested lifting some restrictionsPetrol prices hit record highs in the USCanada wants a stern warning against cigarettesThe task force to protect the mountains, demanded the formation of a speedy trial tribunalDepot fire: CID tries to find the cause on CCTVRussian passports are being issued in occupied UkraineFire on Parabat Express: Railroad to Sylhet is normal after 4 hoursAnother 24 children died in Mariupol, Ukraine saidBelayet, who is in his fifties, has been given a good admission test against young
Home More Environment There will be jail and fines for pollution in Mongla port area
Facebook
Twitter
WhatsApp
Print 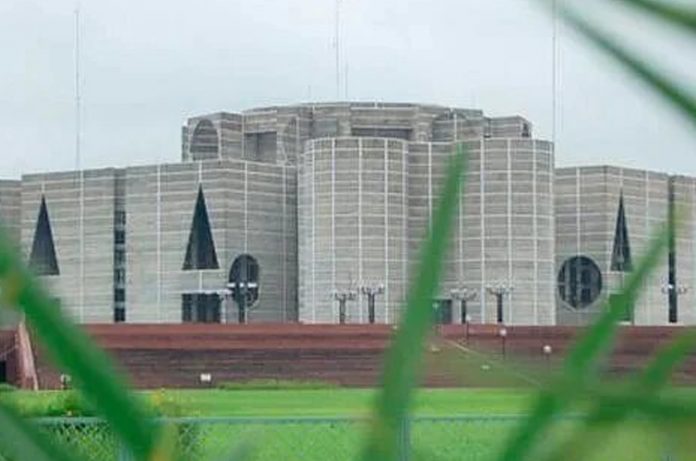 Staff Reporter: Mongla Port Authority Bill-2022 has been passed in the National Assembly with the provision of severe punishment for environmental pollution. There is a provision for jail-fine if any person or ship pollutes the port.

State Minister for Shipping Khalid Mahmud Chowdhury on Monday proposed to pass the bill in Parliament. Later, it was passed by voice vote.

Before the passage of the bill, the public opinion on the bill was sent to the Verification and Selection Committee and the amendment proposals were disposed of.

If you commit such an offense for the first time, you will be sentenced to a minimum of one year, a maximum of two years imprisonment, or a fine of Rs 50,000 to Rs 200,000 or both.

Each subsequent offense carries a penalty of 2 to 10 years imprisonment or a fine of Rs 2 lakh to a maximum of Rs 10 lakh, or both.

The bill provides for the appointment of any person or entity for the establishment, management, and operation of the port of Mongla.

Laws enacted from 1975 to 1986 are being repealed by order of the High Court. For this, a new law is being enacted instead of the Mongla Port Authority Ordinance-198.

The bill provides for six months imprisonment or a fine of one lakh rupees or both for evading toll, rate, charges, etc.

Provisions have been made in the bill to preserve the work done in good faith. It states that no civil or criminal case may be filed against the authority or its chairman, any member, officer, or employee if a person is harmed or is in danger of being harmed by any act done in good faith under this Act. Nor can any other legal action be taken.

This explains why, in order to fulfill the purpose of this section, simple belief, whether done with negligence or not, in fact, if done honestly, would be considered as having been done in ‘simple belief’.