Headlines
Redwan Rahman graduates from FilmdomThe local government minister has instructed to cut the road if necessary to remove the waterRequest to withdraw closure shop at night till EIDThe days of the Western monolithic world are over: PutinLeaders of Germany, France, and Italy in Kyiv to express solidarity‘Presidents of two countries call and pressurized Mbappé’Two U.S. citizens are thought to be missing or taken prisoner in UkraineCOVID: The technical committee suggested lifting some restrictionsPetrol prices hit record highs in the USCanada wants a stern warning against cigarettesThe task force to protect the mountains, demanded the formation of a speedy trial tribunalDepot fire: CID tries to find the cause on CCTVRussian passports are being issued in occupied UkraineFire on Parabat Express: Railroad to Sylhet is normal after 4 hoursAnother 24 children died in Mariupol, Ukraine said
Home Technology This time the name will be changed to Facebook, the announcement is...
Facebook
Twitter
WhatsApp
Print 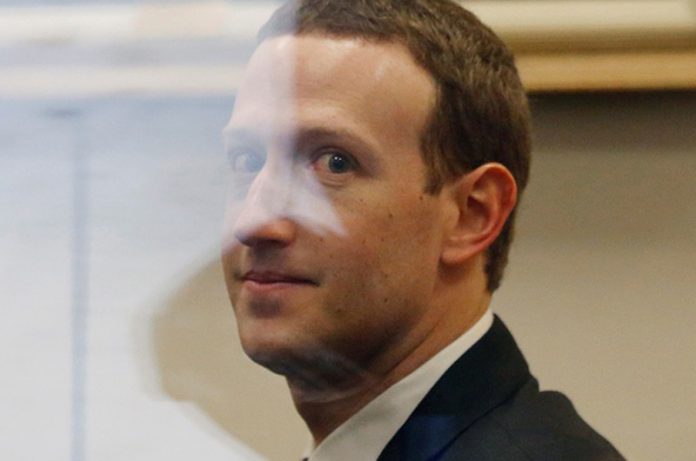 According to Verge, CEO Mark Zuckerberg plans to announce the new name at Facebook’s annual “Connect” conference on October 28. But the announcement could come sooner – Verge said, citing a secret source directly involved in the whole affair.

The news of the possible name change comes at a time when Facebook is under intense pressure from the US government on various aspects of business strategy. Representatives of the two main political parties in the United States have formed an alliance against the organization, which is a rare occurrence.

Another Silicon Valley company, Snapchat, was renamed Snap Inc. in 2016. Since that year, the company has started introducing itself as a ‘camera company.

Verge’s correspondent said the new institutional name has also been kept secret inside Facebook; Even many of the company’s top executives are unaware of this.

Facebook wants to transform itself into a “metaverse company,” Verge said.

Simply put, Metaverse is a virtual world where users can join from different devices and have the opportunity to interact or have a formal meeting with each other in that virtual environment. Even if the participants are not physically present, the power of virtual reality technology will make it seem as if everyone is sitting face to face and talking.

In recent years, Facebook has invested heavily in virtual reality (VR) and augmented reality (AR). The company also recently announced the recruitment of 10,000 new workers in the European market in five years for the Metaverse project.

In a July interview with Verge, Zuckerberg said that in the next few years, “we’re going to be going through a transformation that will make people see us as a metaverse company rather than a social media company.”

Verge has commented that if Facebook changes its name and starts branding anew, it will be able to distance itself from the recent criticism and controversy. Recently, Facebook has suffered a lot due to former employees.

Frances Haugen, a former data analyst at the company, resigned after collecting numerous internal documents. He later provided a large portion of the documents to the US daily Wall Street Journal.

The Wall Street Journal published a series of reports analyzing the documents. The report revealed various inconsistencies in Facebook’s activities and statements. For the sake of celebrities and political identities, the organization does not apply the same policies to ordinary users as it does to those ‘special people. Knowing the negative effects of Instagram on teenagers, Facebook has been suppressed. Even knowing that their platform is being used as an indirect weapon of racial violence is not a headache for the top officials of the organization.

Haugen also testified in the US Senate about the inconsistency between Facebook’s statements and actions. In a Senate subcommittee, Haugen complained that Facebook did not take effective action to stop incitement to violence on its own platform, lending consumer security in the pursuit of profit and business expansion. Even the algorithm of the organization is weakening the democratic system.

Sophie Zhang, another former Facebook employee, became public after seeing Haugen. He said that the internal documents of the organization have already been handed over to the law enforcement agencies. He has no objection to testifying in the US Senate. The two former Facebook workers are also due to testify before UK lawmakers this month.