Headlines
Redwan Rahman graduates from FilmdomThe local government minister has instructed to cut the road if necessary to remove the waterRequest to withdraw closure shop at night till EIDThe days of the Western monolithic world are over: PutinLeaders of Germany, France, and Italy in Kyiv to express solidarity‘Presidents of two countries call and pressurized Mbappé’Two U.S. citizens are thought to be missing or taken prisoner in UkraineCOVID: The technical committee suggested lifting some restrictionsPetrol prices hit record highs in the USCanada wants a stern warning against cigarettesThe task force to protect the mountains, demanded the formation of a speedy trial tribunalDepot fire: CID tries to find the cause on CCTVRussian passports are being issued in occupied UkraineFire on Parabat Express: Railroad to Sylhet is normal after 4 hoursAnother 24 children died in Mariupol, Ukraine said
Home Country Took a day to get on the ferry at Daulatdia
Facebook
Twitter
WhatsApp
Print 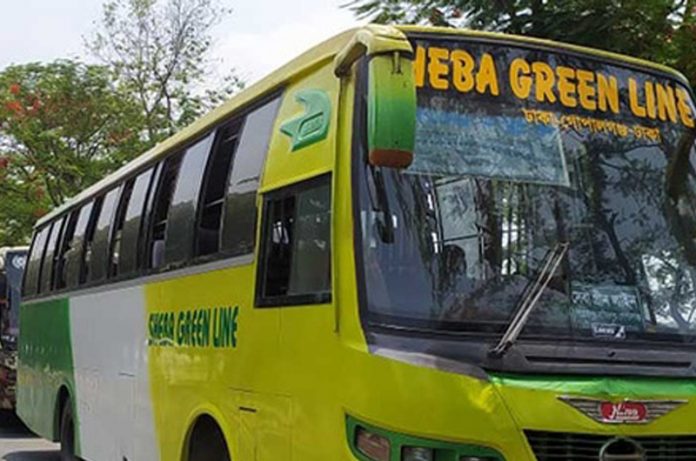 Rajbari Representative: Passengers and drivers said that it was getting late to board the ferry at Daulatdia Ghat of the Padma in the scorching heat.

Passengers say that even though there are 16 small and big ferries operating at the entrance of 21 districts in the south-western part of the country, it is not enough.

Visiting the ghat area on Tuesday, it was seen that passenger transport and freight vehicles were standing along two lines in an area of ​​four kilometers on the Dhaka-Khulna highway from the zero point of Daulatdia ferry ghat. Besides, cargo vehicles are parked at a distance of 3 km on the Rajbari-Kushtia regional highway at Goalanda junction of Rajbari Sadar upazila, 13 km away from the ghat.

“It simply came to our notice then. At the same time, the passengers are also suffering. ”

Mehedi Hasan Maruf, a passenger on a bus named Khatun Express Paribahan, was waiting to get on the ferry from 3 pm, but the wait did not end at 11 pm the next day.

“I am waiting for the ferry from 3 pm. I could not get on the ferry even though it was 11 o’clock now. We are in great pain. This is not to say that children and adults on the bus are suffering in the heat. ”

Benapole truck driver Shaheen Mia said he had been stuck in the same place on the road for a day and a half due to a traffic jam.

He said, “I am stuck 13 kilometers away from Daulatdia Ghat on Monday morning. I am in the same place at 2 o’clock on Tuesday. There are no food hotels, no toilet facilities, and no bathrooms in this area.

“No one is trying to understand what we are doing in the scorching sun under the open sky. It seems we are not human. ”

Passengers and drivers have asked for more ferries to improve the situation.

But the authorities are not expecting any significant change in the situation.

Prafulla Chauhan, manager of BIWTC’s Daulatdia Ghat, said they had no idea when the 16 ferries would be joined, but two more were expected to join. He also did not say when the two ferries sent for repairs would be launched.

However, goods truck crossings will be closed five days before and after EID, he said.

He claimed that the situation would return to normal as soon as the truck crossing was stopped.