Headlines
The local government minister has instructed to cut the road if necessary to remove the waterRequest to withdraw closure shop at night till EIDThe days of the Western monolithic world are over: PutinLeaders of Germany, France, and Italy in Kyiv to express solidarity‘Presidents of two countries call and pressurized Mbappé’Two U.S. citizens are thought to be missing or taken prisoner in UkraineCOVID: The technical committee suggested lifting some restrictionsPetrol prices hit record highs in the USCanada wants a stern warning against cigarettesThe task force to protect the mountains, demanded the formation of a speedy trial tribunalDepot fire: CID tries to find the cause on CCTVRussian passports are being issued in occupied UkraineFire on Parabat Express: Railroad to Sylhet is normal after 4 hoursAnother 24 children died in Mariupol, Ukraine saidBelayet, who is in his fifties, has been given a good admission test against young
Home More Art & Culture Tourists are fascinated by the tune of Medina flute
Facebook
Twitter
WhatsApp
Print 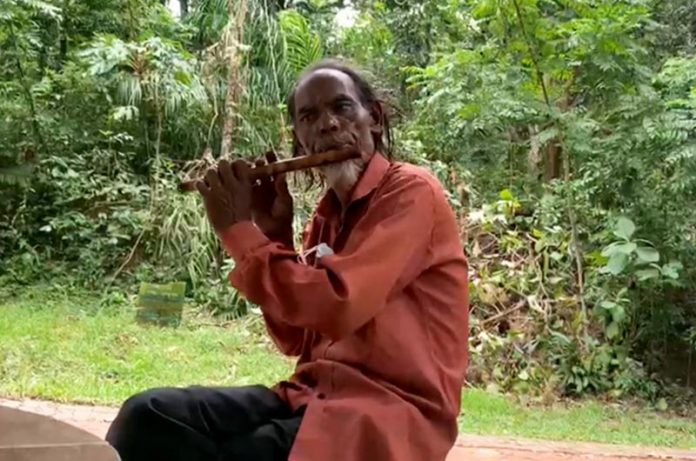 News Desk: He composed various folk songs of the Sylhet region on flute. He sings to different rhythms in handicrafts. Banshibaul Medina Mia captivated the tourists with the sound of flute and songs in Lauyachhara National Park.

On the flute, Shah Abdul Karim, Hasan Raja, many artists, and Baul songs including regional songs from different regions. Those who go to the deep forest of the garden, crowd to hear the sound of his flute.

Medina Mia, 60, lives in Kamalganj Sadar Union. He has a family of five members including three daughters.

For two decades, he has been selling ice cream at various tourist centers in Kamalganj and Srimangal, as well as entertaining tourists by playing flute tunes and songs.

When the tourist center was reopened, he moved to Lauyachhara National Park. Don’t go anywhere outside of this park. Gradually the number of tourists has started to increase. Medina Mia’s family is now living on what the tourists are happy to hear when they hear the tunes and songs of the flute.

At this time, from morning to afternoon, the tourists stay in Laugachhara. Visitors can be seen singing along to the heart-wrenching flute.

Abdul Ahad, a tour guide from Lauachhara, said he is a very sincere person. As well as playing songs and flutes, the children enjoy performing various magic tricks. Tourists enjoy his company.

Shahidul Islam, the range officer of Srimangal, said he has been giving pleasure to tourists in the surrounding area including Lauyachhara for a long time. However, he is aware of the environment.