Headlines
Redwan Rahman graduates from FilmdomThe local government minister has instructed to cut the road if necessary to remove the waterRequest to withdraw closure shop at night till EIDThe days of the Western monolithic world are over: PutinLeaders of Germany, France, and Italy in Kyiv to express solidarity‘Presidents of two countries call and pressurized Mbappé’Two U.S. citizens are thought to be missing or taken prisoner in UkraineCOVID: The technical committee suggested lifting some restrictionsPetrol prices hit record highs in the USCanada wants a stern warning against cigarettesThe task force to protect the mountains, demanded the formation of a speedy trial tribunalDepot fire: CID tries to find the cause on CCTVRussian passports are being issued in occupied UkraineFire on Parabat Express: Railroad to Sylhet is normal after 4 hoursAnother 24 children died in Mariupol, Ukraine said
Home Headlines Turkey expels ambassadors from 10 countries, including the United States
Facebook
Twitter
WhatsApp
Print 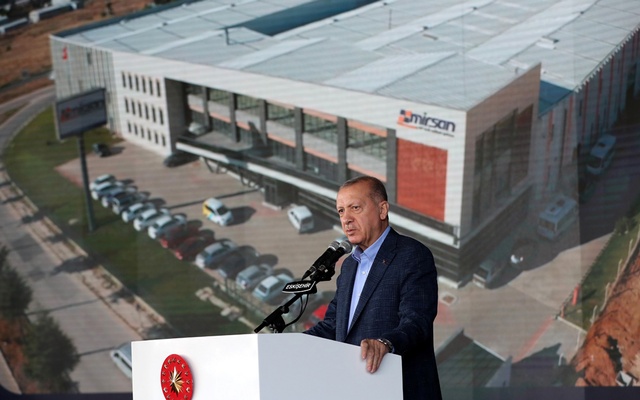 Erdogan said he had ordered the release of Osman Kavala, a businessman on trial, on Saturday.

Of the 10 ambassadors asked by Erdogan to expel, seven are allies of Turkey’s NATO alliance.

If Ankara finally expelled the ambassadors, the rift in Turkey’s relations with the West could be the largest in Erdogan’s 19 years in power, according to Reuters.

Kavala used to donate to various social and human rights organizations. He spent four years in prison. He has been accused of financing protests across the country in 2013 and of being involved in the failed 2016 coup.

Kavala has denied all allegations against him.

In a joint statement issued last week, the ambassadors of Canada, Denmark, France, Germany, the Netherlands, Norway, Sweden, Finland, New Zealand, and the United States called for a speedy and just verdict in Kavala’s case and the release of the detained businessman as soon as possible.

“I have given our foreign minister the necessary instructions and what to do. That is, these 10 ambassadors must now be declared unacceptable (non-grata) in Turkey. How to do it fast, do it, ”Erdogan said in a speech in the northwestern city of Eskisehi.

He said, “They should know and understand Turkey; The day they can’t do it, they should leave. ”

The US and French embassies in Turkey and the White House did not immediately respond to a request for comment.

A State Department spokesman said his ministry was aware of the news and was seeking an explanation from the Turkish Foreign Ministry.

Norway says its embassy has not yet received any instructions from Turkish authorities.

“Our ambassador has not done anything like issue an expulsion warrant. “We will continue to urge Turkey to uphold the standards of democracy and the rule of law, and Turkey is committed to the European Convention on Human Rights,” said Norwegian Foreign Ministry spokesman Trudeau Maseidi.

Turkey is aware of Norway’s approach, he said.

The New Zealand Foreign Ministry said on Sunday it would not comment until further notice.

“New Zealand values ​​its relationship with Turkey,” they said in an e-mailed statement to Reuters.

Although Kavala was acquitted of allegations of protests in 2013 last year, the verdict was overturned this year, and allegations of involvement in the 2016 coup attempt were added to previous allegations.

Six of the 10 countries Ankara is expelling ambassadors from are members of the European Union. This includes France and Germany.

In a tweet, David Sassoli, President of the European Parliament, said: “The expulsion of 10 ambassadors is a sign of the authoritarian attitude of the Turkish government. We will not be afraid. I want the release of Osman Kavala. ”

Danish Foreign Minister Yeve Kaful said his ministry had not yet received any official instructions on the ambassador. He also said that contacts are being maintained with friendly countries and allies in this regard.

The German foreign minister also said that 10 countries were holding talks with Ankara on possible steps in Ankara and its response.

On Friday, Kavala said he would no longer take part in the trial, as a fair trial had become impossible following Erdogan’s recent remarks.

Earlier in the day, local media reported that Erdogan had asked the ambassadors of 10 countries whether they would release their country’s bandits, murderers, and terrorists.

The European Court of Human Rights called for Kavala’s immediate release two years ago. They also commented that Kavala was detained just to silence him.

This year, they have made a similar call for Salehatin Demirtas. Demirtas, the former head of the pro-Kurdish People’s Democratic Party, has been detained for five years.

The Council of Europe, which oversees the implementation of the European Convention on Human Rights (ECHR), has said it will take disciplinary action against Turkey if Kavala is not released.

The next hearing in Kavala’s case is scheduled for November 28.