Headlines
Redwan Rahman graduates from FilmdomThe local government minister has instructed to cut the road if necessary to remove the waterRequest to withdraw closure shop at night till EIDThe days of the Western monolithic world are over: PutinLeaders of Germany, France, and Italy in Kyiv to express solidarity‘Presidents of two countries call and pressurized Mbappé’Two U.S. citizens are thought to be missing or taken prisoner in UkraineCOVID: The technical committee suggested lifting some restrictionsPetrol prices hit record highs in the USCanada wants a stern warning against cigarettesThe task force to protect the mountains, demanded the formation of a speedy trial tribunalDepot fire: CID tries to find the cause on CCTVRussian passports are being issued in occupied UkraineFire on Parabat Express: Railroad to Sylhet is normal after 4 hoursAnother 24 children died in Mariupol, Ukraine said
Home More Politics Turkish Ambassador to the BNP Chairperson’s Office
Facebook
Twitter
WhatsApp
Print 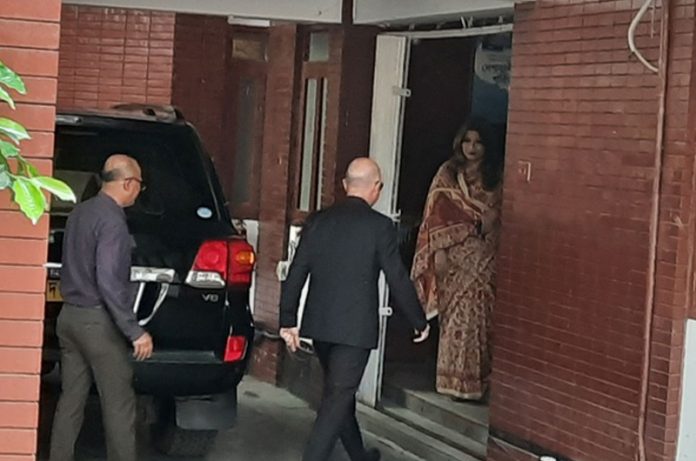 Turkish Ambassador Mustafa Osman Turan visited the BNP chairperson’s office in Gulshan at 11 am on Sunday. Amir Khasru Mahmud Chowdhury, a member of the BNP’s standing committee, said that Turkish Deputy Ambassador Kamal Burak Temizel was also with the ambassador at the closed-door meeting.

German Ambassador Akhim Troster held a meeting with BNP leaders at his office in Gulshan on March 18.

After the meeting, Amir Khasru Mahmud Chowdhury told reporters that various issues including the political situation, upcoming elections, and human rights have been raised in their discussions.

“They are concerned about this. They are a part of the global discussion on Bangladesh. The European Union has said, America has said, Britain has said, everyone is saying.

The German ambassador expressed his dissatisfaction with the statement on April 20 at an event organized by the Diplomatic Correspondents Association of Bangladesh (DACAB).

He said: “The quote I read did not match the reality. “I am concerned about the human rights situation and democracy in the country,” he said. Choosing such words is not true. I am dissatisfied with this quote. “

The next day, the BNP secretary general complained that the German ambassador had not said the right thing.

“After the meeting, he (Amir Khasru Mahmud Chowdhury) never said that quoting the German ambassador, he did not say anything.”

“What he (Amir Khasru) has said in general is exactly what he (the ambassador) did, Miss Quote.”