Headlines
Redwan Rahman graduates from FilmdomThe local government minister has instructed to cut the road if necessary to remove the waterRequest to withdraw closure shop at night till EIDThe days of the Western monolithic world are over: PutinLeaders of Germany, France, and Italy in Kyiv to express solidarity‘Presidents of two countries call and pressurized Mbappé’Two U.S. citizens are thought to be missing or taken prisoner in UkraineCOVID: The technical committee suggested lifting some restrictionsPetrol prices hit record highs in the USCanada wants a stern warning against cigarettesThe task force to protect the mountains, demanded the formation of a speedy trial tribunalDepot fire: CID tries to find the cause on CCTVRussian passports are being issued in occupied UkraineFire on Parabat Express: Railroad to Sylhet is normal after 4 hoursAnother 24 children died in Mariupol, Ukraine said
Home Headlines Two more countries identified monkeypox in Israel and Switzerland
Facebook
Twitter
WhatsApp
Print 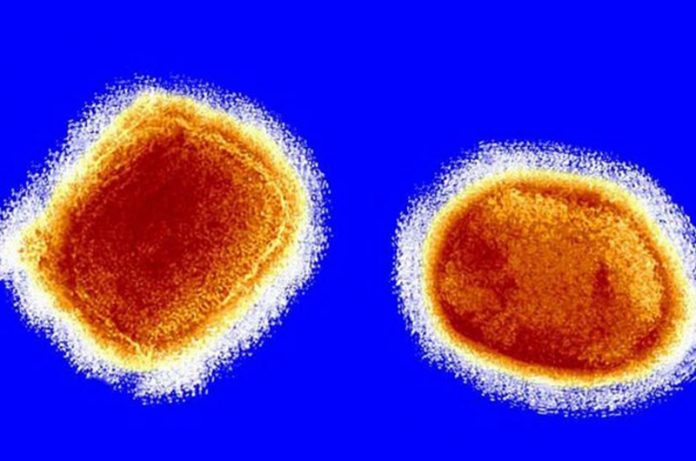 International Desk: Monkeypox is spreading in one country after another. Israel and Switzerland have been added to the list. Both countries have confirmed the identity of the monkeypox.

Monkeypox has so far been identified in 14 countries around the world, the BBC reported on Sunday.

According to the report, one person each in Israel and Switzerland has been identified as a person infected with monkeypox. Both countries said the men had recently traveled abroad.

Israel says it is examining a few more people suspected of being infected with the monkeypox.

So far, the disease has been detected in at least 80 people in Europe, the United States, Canada and Australia. Monkeypox is a very common disease in remote areas of Central and West Africa.

Scientists have been amazed by this outbreak of monkeypox. However, the disease does not have a tendency to spread easily among people. So numerous people are less at risk of being infected.

The World Health Organization (WHO) says it is investigating another 50 people suspected of being infected with the monkeypox. However, the company did not say which country these people are from.

They warned that further infections could be confirmed.

In response to a reporter’s question after the visit to South Korea, US President Joe Biden said that if the virus spreads more widely, it will be serious. Everyone should be careful about this.

The United States is working hard to take action. The disease first appeared in the United Kingdom. Monkeypox has since been identified throughout Europe.

The virus has been reported in Spain, Portugal, Germany, Belgium, France, the Netherlands, Italy, and Sweden.

The UK health agency has so far identified 20 infected people. The chief medical adviser. “Every day we identify more and more patients,” Susan Hopkins told the BBC. The virus is now spreading at the community level.