Headlines
Redwan Rahman graduates from FilmdomThe local government minister has instructed to cut the road if necessary to remove the waterRequest to withdraw closure shop at night till EIDThe days of the Western monolithic world are over: PutinLeaders of Germany, France, and Italy in Kyiv to express solidarity‘Presidents of two countries call and pressurized Mbappé’Two U.S. citizens are thought to be missing or taken prisoner in UkraineCOVID: The technical committee suggested lifting some restrictionsPetrol prices hit record highs in the USCanada wants a stern warning against cigarettesThe task force to protect the mountains, demanded the formation of a speedy trial tribunalDepot fire: CID tries to find the cause on CCTVRussian passports are being issued in occupied UkraineFire on Parabat Express: Railroad to Sylhet is normal after 4 hoursAnother 24 children died in Mariupol, Ukraine said
Home Headlines UAE President Sheikh Khalifa bin Zayed dies
Facebook
Twitter
WhatsApp
Print 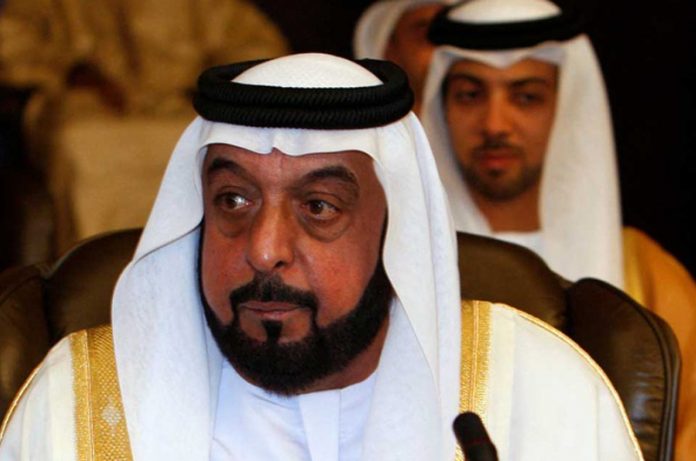 His death was announced on Friday by state news agency WAM. He has been the President of the United Arab Emirates and the ruler of Abu Dhabi since 2004.

Sheikh Khalifa was born in 1948. He was the second president of the United Arab Emirates and the 16th ruler of Abu Dhabi. He became president after the death of his father, Sheikh Zayed bin Sultan Al Nahyan.

According to the BBC, the UAE Ministry of Presidential Affairs has issued a condolence message on his death. An announcement has been made by the ministry that mourning will be observed for the next 40 days. At this time, the national flag will be at half-mast from Friday.

Moreover, the government has ordered the cancellation of three-day activities in all public and private sectors.

According to the UAE constitution, the country’s vice-president and prime minister, and the ruler of Dubai, Mohammed bin Rashid al-Maktoum, will now be acting president. Al-Maktoum will run until a new president is elected in the next 30 days by the central council, which is made up of the country’s seven emirates.

In the first decade of his presidency, Sheikh Khalifa underwent major restructuring in both the UAE central government and the Abu Dhabi government.

Although he had not been seen in public since his stroke, he did give instructions.