Headlines
Redwan Rahman graduates from FilmdomThe local government minister has instructed to cut the road if necessary to remove the waterRequest to withdraw closure shop at night till EIDThe days of the Western monolithic world are over: PutinLeaders of Germany, France, and Italy in Kyiv to express solidarity‘Presidents of two countries call and pressurized Mbappé’Two U.S. citizens are thought to be missing or taken prisoner in UkraineCOVID: The technical committee suggested lifting some restrictionsPetrol prices hit record highs in the USCanada wants a stern warning against cigarettesThe task force to protect the mountains, demanded the formation of a speedy trial tribunalDepot fire: CID tries to find the cause on CCTVRussian passports are being issued in occupied UkraineFire on Parabat Express: Railroad to Sylhet is normal after 4 hoursAnother 24 children died in Mariupol, Ukraine said
Home Headlines Ukraine announces closure of 4 Russian-occupied ports, including Mariupol
Facebook
Twitter
WhatsApp
Print 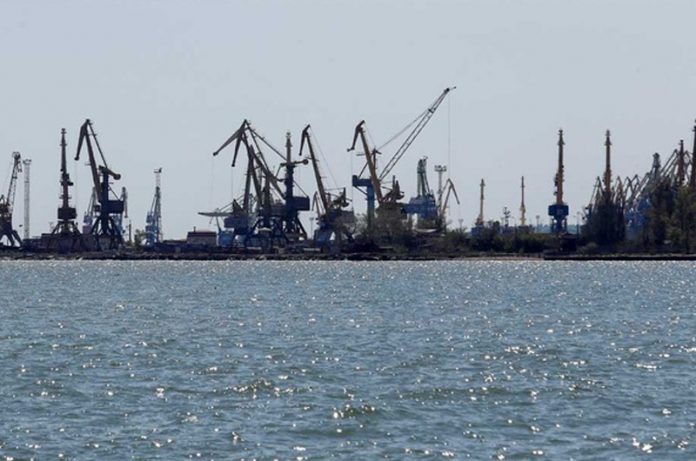 News Desk: Ukraine has officially closed four ports in the Black Sea and the Azov Sea occupied by Russian forces, including Mariupol.

The country’s agriculture ministry said in a statement on Monday that the Azov Seaports of Mariupol, Bardiansk, and Skadovsk and the Black Sea port of Kherson would remain closed “until they regain control”.

“This step has been taken because it is impossible to ensure the proper level of safety of shipping, to carry out ship and passenger services, cargo, transportation, and other related economic activities,” the statement quoted Reuters as saying.

All seaports in Ukraine have been suspended since the Russian offensive began on February 24. Russia has taken control of some ports and blockaded others.

Ukrainian President Volodymyr Zelensky said Monday that Ukraine could lose millions of tons of grain as Russia imposes restrictions on shipping in the Black Sea and that the food crisis could have repercussions in Europe, Asia, and Africa.

“Russia controls the Black Sea, they don’t let any ships in or out,” Zelensky told the Australian news agency Sixty Minutes. Russia wants to blockade our economy. “

Russia has claimed that it is conducting a “special military operation” to disarm Ukraine to protect it from neo-Nazis. Ukraine and the West, on the other hand, have called the war a “nonviolent aggression”, claiming that allegations of Nazism were baseless.

Ukraine, one of the world’s leading agricultural producers, exports most of its grain by sea. But since the beginning of the Russian invasion, the country has been forced to continue its export activities through the western border by train or through the small ports on the Danube River.

According to the country’s top agricultural officials this month, Ukraine exported about 300,000 tons of grain in March.