Headlines
Redwan Rahman graduates from FilmdomThe local government minister has instructed to cut the road if necessary to remove the waterRequest to withdraw closure shop at night till EIDThe days of the Western monolithic world are over: PutinLeaders of Germany, France, and Italy in Kyiv to express solidarity‘Presidents of two countries call and pressurized Mbappé’Two U.S. citizens are thought to be missing or taken prisoner in UkraineCOVID: The technical committee suggested lifting some restrictionsPetrol prices hit record highs in the USCanada wants a stern warning against cigarettesThe task force to protect the mountains, demanded the formation of a speedy trial tribunalDepot fire: CID tries to find the cause on CCTVRussian passports are being issued in occupied UkraineFire on Parabat Express: Railroad to Sylhet is normal after 4 hoursAnother 24 children died in Mariupol, Ukraine said
Home Sports ‘Unfortunate’ Brentford lost to Chelsea at the top
Facebook
Twitter
WhatsApp
Print 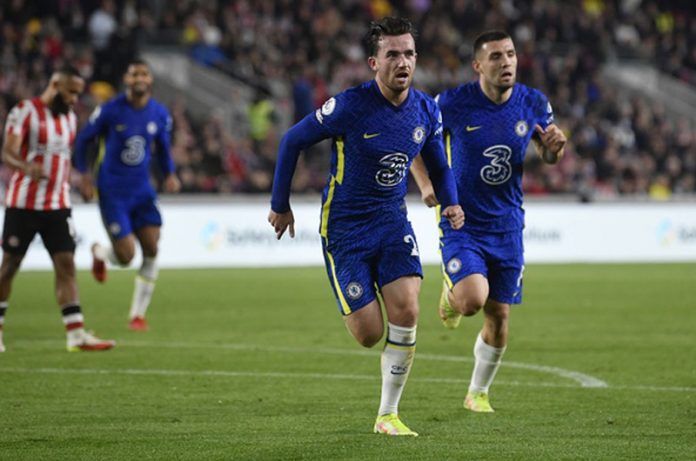 Sports Desk: Brentford may think they are miserable. The team made two attempts to return to the top league of England after 64 years. Chelsea somehow managed to recover from their attack and returned with three points.

Thomas Tuchel’s side has returned to the top of the Premier League points table with a 1-0 win at Brentford Community Stadium on Saturday.

Ben Chilwell scored the goal. Eduan Mandi made a great contribution by saving something great.

Brentford was ahead in the attack even though they were behind in possession of the ball in the match. They took a total of 18 shots for the goal, seven of which were on target. And with just one goal from Chelsea’s five shots, that’s the match.

Brentford could have gone ahead with their first shot in the 22nd minute, but that post was blocked. From eight yards out, French forward Brian Mbumo’s shot hit the post.

Romelu Lukaku of Chelsea sent the ball into the net but did not score due to offside. Timo Werner was disappointed to get the ball in a good position in the 36th minute.

Chilwell scored the only goal in the last minute of the first half. The 24-year-old English defender found the address with a strong volley on his left foot after getting a loose ball in the D-box.

Mandy saved Chelsea by returning Evan Tony’s shot in the 63rd minute. In the next minute, MBUMO’s low shot was posted again.

Chelsea has 19 points from six wins and one draw in eight matches. Liverpool lost to Watford 5-0 in the first match of the day and dropped to two with 16 points.
Manchester City, who won the title 2-0 against Burnley, are three with 16 points.

Brighton and Hove Albion with 15 points. Manchester United, which lost 4-2 at Leicester City, is at number five with one pointless.