Headlines
Redwan Rahman graduates from FilmdomThe local government minister has instructed to cut the road if necessary to remove the waterRequest to withdraw closure shop at night till EIDThe days of the Western monolithic world are over: PutinLeaders of Germany, France, and Italy in Kyiv to express solidarity‘Presidents of two countries call and pressurized Mbappé’Two U.S. citizens are thought to be missing or taken prisoner in UkraineCOVID: The technical committee suggested lifting some restrictionsPetrol prices hit record highs in the USCanada wants a stern warning against cigarettesThe task force to protect the mountains, demanded the formation of a speedy trial tribunalDepot fire: CID tries to find the cause on CCTVRussian passports are being issued in occupied UkraineFire on Parabat Express: Railroad to Sylhet is normal after 4 hoursAnother 24 children died in Mariupol, Ukraine said
Home More Health Vaccines are being prepared in ‘very fast’ country: Health Minister
Facebook
Twitter
WhatsApp
Print 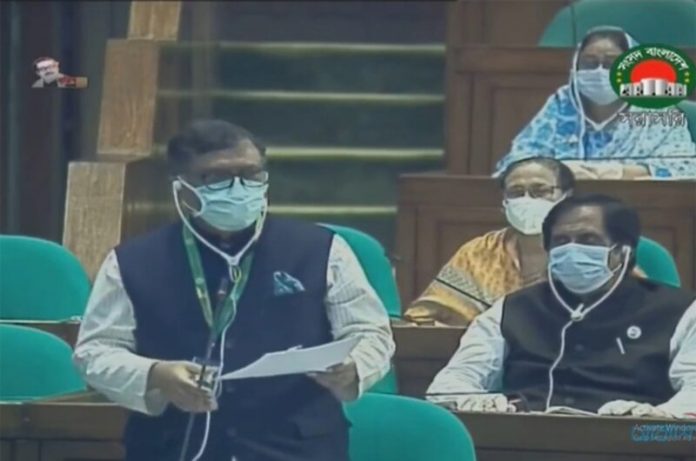 A total of 160 million doses of vaccine have been ordered so far, he told parliament on Wednesday. We are working towards that goal. Vaccines will be made in the country very soon. ”

On August 18, a parliamentary committee on the health ministry recommended that the country officially launch a coronavirus vaccine within the next six months.

The August 26 meeting officially asked the ministry for a full plan for coronavirus vaccine production.

According to the working paper of the meeting, in April, Sanjan K Das, a researcher at the University of Sheffield in the United Kingdom, sent a proposal to the Secretary of Health to create an infrastructure for vaccine production at the government level.

In addition, the working paper states that vaccine production is possible if the government organization ‘Essential Drugs’ buys some new equipment with the existing infrastructure. It said the ministry was considering reviewing the technical aspects of the matter.

“After receiving confirmation of 60 million doses of vaccine from China, I saw that two to three thousand crore rupees are needed to bring this vaccine. Whatever the cost, the Prime Minister has asked for a vaccine.