Headlines
Redwan Rahman graduates from FilmdomThe local government minister has instructed to cut the road if necessary to remove the waterRequest to withdraw closure shop at night till EIDThe days of the Western monolithic world are over: PutinLeaders of Germany, France, and Italy in Kyiv to express solidarity‘Presidents of two countries call and pressurized Mbappé’Two U.S. citizens are thought to be missing or taken prisoner in UkraineCOVID: The technical committee suggested lifting some restrictionsPetrol prices hit record highs in the USCanada wants a stern warning against cigarettesThe task force to protect the mountains, demanded the formation of a speedy trial tribunalDepot fire: CID tries to find the cause on CCTVRussian passports are being issued in occupied UkraineFire on Parabat Express: Railroad to Sylhet is normal after 4 hoursAnother 24 children died in Mariupol, Ukraine said
Home More Art & Culture ‘Want to write some more poetry’
Facebook
Twitter
WhatsApp
Print 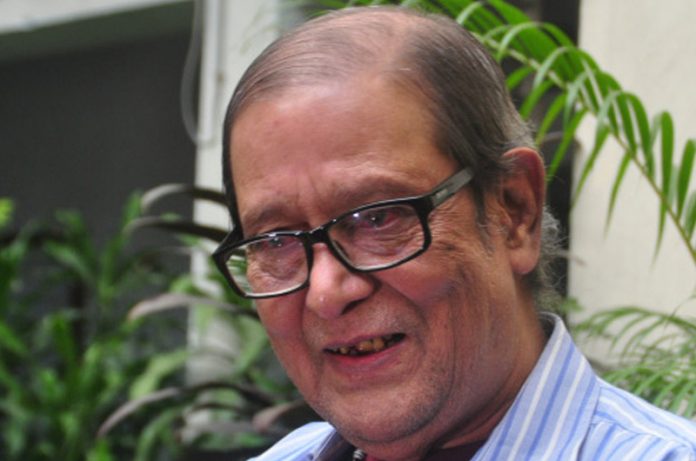 Staff Reporter: Seventy-year-old poet Helal Hafeez is spending his days with various physical ailments. His body is quite tired after a long life.

The study stopped due to physical complications. Due to which he cannot write new poems. But in the heart of the poet, there is still a desire to write some more poems.

He said this while talking on his mobile phone on Sunday (August 8).

Poet Helal Hafeez said, kidney problems, neurological problems. I can’t even see with my eyes. As a result, I can’t study at all. And if you can’t read, tell me how to write a new article? Now the nature of the poet is no more. So what I write, I have to understand and write. I want to write some more poems.

The voice of the poet who has lived a long lonely life is quite tired. Said, I need a proper test of the whole body. For which I want to be admitted to the hospital. My choice is Bangabandhu Sheikh Mujib Medical University (BSMMU) Hospital. There is no objection to any other hospital.

The man is now spending his days in a hostel. He said, you know I have no house, no house. I live in a hostel in Shahbag in the capital. Before Corona, when the National Press Club was open, I stayed in a hotel opposite it.

‘How long have I been there? I used to stay in the club all day. I used to eat there for three days. Young people like you would come and chat with you. I would go to the hotel just to sleep at night. ’

He told the story of the days after the Corona infection in the country in a tired voice. Said, Corona came, the government gave a lockdown. Press club closed, the hotel closed. I am alone in a six-story hotel. There is no boy-waiter. At that time, my brother forcibly took me to his house. I got up in this hostel on July 1.

The poet said about the 15 months of life in his brother’s house, I was there for 15 months in a row. I spent my days sitting in a chair in a room.

Poet Helal Hafeez said about the physical problems, the age is not less ৷ Different diseases of the body are lodged in the house A few days ago I had a fever Due to which I had Corona tested By the grace of God, my test report came back negative

When he wanted to meet the poet at the end of the conversation, he said, “No, brother, there is no need to meet.” The doctor forbade me to go to public meetings. Get well, then see you again.