Headlines
Redwan Rahman graduates from FilmdomThe local government minister has instructed to cut the road if necessary to remove the waterRequest to withdraw closure shop at night till EIDThe days of the Western monolithic world are over: PutinLeaders of Germany, France, and Italy in Kyiv to express solidarity‘Presidents of two countries call and pressurized Mbappé’Two U.S. citizens are thought to be missing or taken prisoner in UkraineCOVID: The technical committee suggested lifting some restrictionsPetrol prices hit record highs in the USCanada wants a stern warning against cigarettesThe task force to protect the mountains, demanded the formation of a speedy trial tribunalDepot fire: CID tries to find the cause on CCTVRussian passports are being issued in occupied UkraineFire on Parabat Express: Railroad to Sylhet is normal after 4 hoursAnother 24 children died in Mariupol, Ukraine said
Home Headlines Warning message of intense heat in India
Facebook
Twitter
WhatsApp
Print 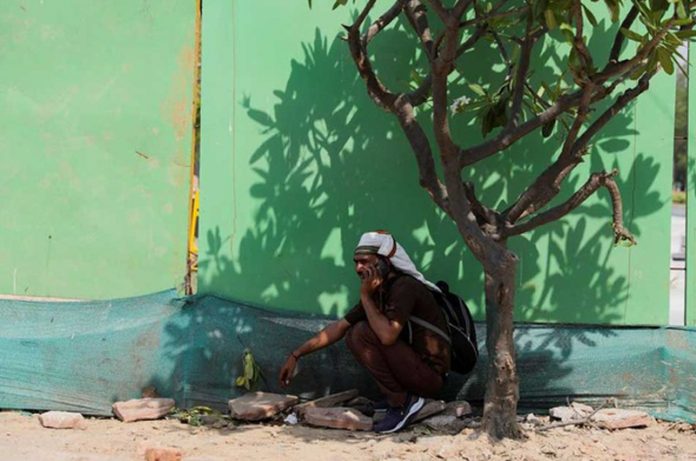 News Desk: The country’s meteorological department has warned of severe heatwaves across India as temperatures continue to rise.

The Indian Meteorological Department (IMD) has forecast that the maximum temperature will gradually rise by 2 to 4 degrees Celsius this week in most parts of the northwestern and central parts of the country; They said there would be no “major change” in the weather since then.

On Wednesday, Prime Minister Narendra Modi told the chief ministers of the state governments that “the temperature in the country is rising rapidly and rising earlier than usual.”

According to the BBC, summer is usually a regular occurrence in India in May-June, but the summer starts with high temperatures in March this year. This time, the highest average temperature in March was the highest in 122 years. Inflammation started to appear that month.

According to the Center for Science and Environment, a meteorological research institute, about 15 states were affected by the heatwave earlier this year, not the least in Himachal Pradesh, which is known for its pleasant temperatures.

Mercury is expected to cross 44 degrees Celsius in the capital of Delhi next week.

These include low rainfall in northwestern and central India before the onset of monsoons due to storms originating in the Mediterranean region, and concentrated winds in the high atmospheric pressure zone against cyclones – resulting in warm, dry weather in various parts of western India in March.

These symptoms have become visible. Farmers say the unexpected rise in temperature has damaged their wheat yields. Demand for electricity has also increased due to heat. This has led to power outages in various states and fears of coal shortages.

Prime Minister Narendra Modi has warned that the incidence of fires could increase due to rising temperatures.

Although summer has been very hot in northern and central India for a long time, many experts say that the issues of increasing intensity and long-term heatwave have been on the record lately.