Headlines
Redwan Rahman graduates from FilmdomThe local government minister has instructed to cut the road if necessary to remove the waterRequest to withdraw closure shop at night till EIDThe days of the Western monolithic world are over: PutinLeaders of Germany, France, and Italy in Kyiv to express solidarity‘Presidents of two countries call and pressurized Mbappé’Two U.S. citizens are thought to be missing or taken prisoner in UkraineCOVID: The technical committee suggested lifting some restrictionsPetrol prices hit record highs in the USCanada wants a stern warning against cigarettesThe task force to protect the mountains, demanded the formation of a speedy trial tribunalDepot fire: CID tries to find the cause on CCTVRussian passports are being issued in occupied UkraineFire on Parabat Express: Railroad to Sylhet is normal after 4 hoursAnother 24 children died in Mariupol, Ukraine said
Home Country We are also trying to ‘find’ Elias Ali: RAB
Facebook
Twitter
WhatsApp
Print 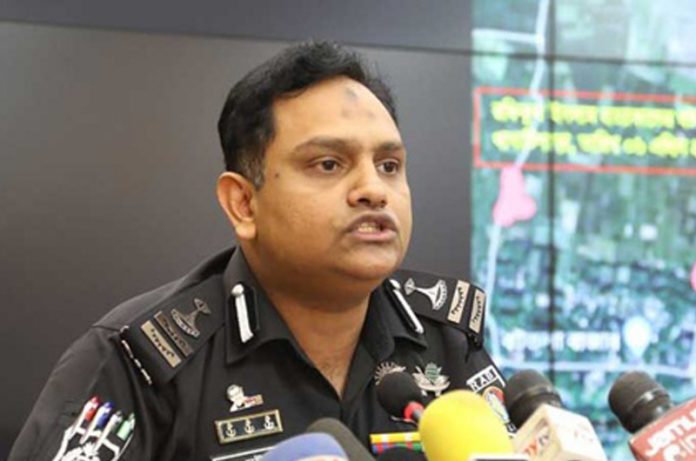 “We are also trying to find him,” said Khandaker Al Moin, director of the force’s law and media department, at a news conference at the RAB’s media center in the capital’s Karwan Bazar on Thursday.

In response to a question, the RAB spokesperson said, “The way the news network Netra News has presented information about Ilyas Ali, the RAB thinks that it is completely baseless.

“Radar, we will say that since Ilyas Ali could not be found, when his wife came to the RAB, the RAB tried to give her the highest level of legal assistance.”

On the night of April 16, 2012, Ilias, the BNP’s organizing secretary, and former MP, went missing along with driver Ansar Ali from Amtali area in Banani, Dhaka.

Elias Ali’s wife Tahsina Rushdie Luna said at a BNP meeting on Monday to mark the decade of Elias’ disappearance, “We are waiting for his return at any moment.”

Khandaker al-Ma’in said, “Wherever she (Lunar) suspects, that is, where she thinks her husband is likely to be, whenever she gives any information to RAB, the RAB team goes and cooperates with her.”

The spokesperson claimed that RAB was still trying to find Elias Ali in the file.

“We are still cooperating with him. If anyone gives information about that, we are going to try to find him. We are also trying to find him. “

On the same day, a report in the Swedish-based news agency Netra News claimed that “secret documents” had been cited.

In reply to this, Khandaker Al Moin spoke about the responsibilities and duties of RAB in a press conference. He said RAB is a law enforcement force. All the operations of RAB are conducted in accordance with the law.

He said, “All the information given in Netra News is completely baseless. This is our statement. It’s not like the documentation is shown here. “