Headlines
Redwan Rahman graduates from FilmdomThe local government minister has instructed to cut the road if necessary to remove the waterRequest to withdraw closure shop at night till EIDThe days of the Western monolithic world are over: PutinLeaders of Germany, France, and Italy in Kyiv to express solidarity‘Presidents of two countries call and pressurized Mbappé’Two U.S. citizens are thought to be missing or taken prisoner in UkraineCOVID: The technical committee suggested lifting some restrictionsPetrol prices hit record highs in the USCanada wants a stern warning against cigarettesThe task force to protect the mountains, demanded the formation of a speedy trial tribunalDepot fire: CID tries to find the cause on CCTVRussian passports are being issued in occupied UkraineFire on Parabat Express: Railroad to Sylhet is normal after 4 hoursAnother 24 children died in Mariupol, Ukraine said
Home International Whiskey and visa in talks on UK-India trade deal
Facebook
Twitter
WhatsApp
Print 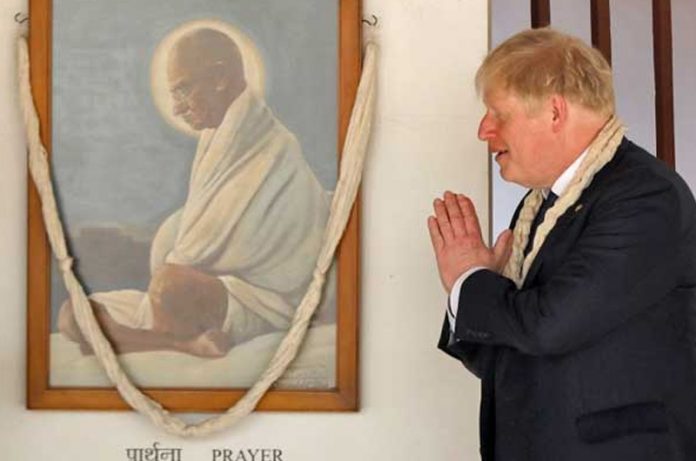 News Desk: British Prime Minister Boris Johnson wants a free trade agreement with India by the end of this year; however, achieving that goal may not be easy.

At present, there is a 150 percent duty on liquor imported into India. As a result, most of the whiskey sold is produced within the borders of India. Scotch has captured only 2% of the Indian market.

Now that India has lifted the tariff barrier, exports could reach কোটি 1 billion in the next five years, according to the Scotch Whiskey Association.

India restricts tariffs, quotas, and investments in many products and services, not just whiskey, to protect the interests of its producers.

For example, 100 percent duty has been imposed on the import of foreign cars. As a result, British cars are not able to enter the huge market in India in that way. Rather, the UK car exports to the Belgian market exceed the Indian market.

The BBC writes that the British are hoping to change that situation. Representatives of the two countries have already begun talks aimed at reaching a trade agreement by the end of 2022, and the third round of talks will begin next week.

Anne Marie, the UK’s commerce minister, said such an agreement would bring “golden possibilities”. India-UK trade is likely to double by 2035, amounting to around ৮ 2.8 billion.

The BBC writes that Australia and the UAE have recently signed a trade agreement with India, so the UK is also quite optimistic.

But if you want to get something, you have to give something in return. Just as the UK is interested in entering India’s manufacturing and service sectors, India wants its products to enter the UK market more easily. At the same time, the issue of increasing the number of visas for Indians is on the rise in Delhi, the BBC reported.

India is expected to become the world’s third-largest economy by 2050, after the United States and China. In this country with a huge population, the expansion of the middle class will increase, as well as their purchasing power will increase. That is why India is a very desirable market for many countries. The United Kingdom wants to occupy a large part of that market in advance. However, the calculation is not very easy.

Prime Minister Narendra Modi also has to consider the issues of his country’s industry and workers. He will not be able to ignore the issue of the employment of millions of workers in the domestic liquor market even if he wants to, so lifting the foreign liquor tariff may not be easy for him.

Immigration, on the other hand, is a sensitive issue for the UK. This is a major political decision in Britain, especially after Brexit in 2016. So it will not be easy for Prime Minister Johnson to meet India’s demand for an increase in the number of visas.

The early stages of trade negotiations are usually easily crossed. Complex issues remain to be settled in the latter part. So the real impediments to the UK-India trade agreement may take some time to become clear.

Economists say an interim agreement could be reached by the end of this year if the two sides agree to a concession. However, they call the goal of signing a full agreement before Christmas “ambitious”.