Headlines
Redwan Rahman graduates from FilmdomThe local government minister has instructed to cut the road if necessary to remove the waterRequest to withdraw closure shop at night till EIDThe days of the Western monolithic world are over: PutinLeaders of Germany, France, and Italy in Kyiv to express solidarity‘Presidents of two countries call and pressurized Mbappé’Two U.S. citizens are thought to be missing or taken prisoner in UkraineCOVID: The technical committee suggested lifting some restrictionsPetrol prices hit record highs in the USCanada wants a stern warning against cigarettesThe task force to protect the mountains, demanded the formation of a speedy trial tribunalDepot fire: CID tries to find the cause on CCTVRussian passports are being issued in occupied UkraineFire on Parabat Express: Railroad to Sylhet is normal after 4 hoursAnother 24 children died in Mariupol, Ukraine said
Home Country Yaba smuggling SI on holiday
Facebook
Twitter
WhatsApp
Print 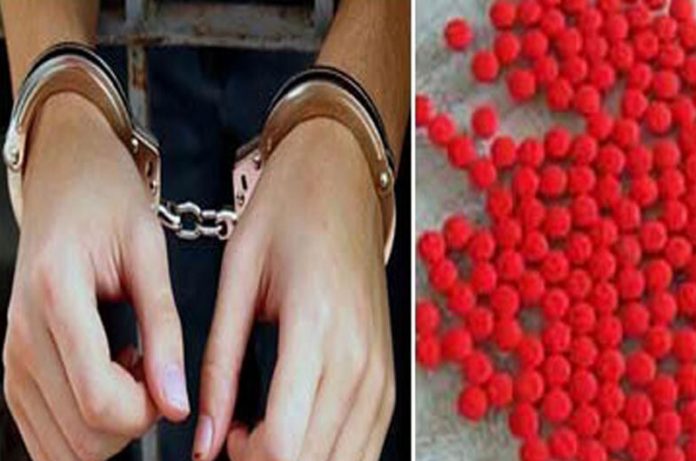 Md. Ashraful Islam: SI Atiqul Islam, who is working in Bandarban district court, went on leave on March 23 after the outbreak of novel coronavirus in the country.

Police arrested him and two others from Shahjahan Road in the capital’s Mohammadpur on Monday afternoon on charges of smuggling yaba.

Mohammadpur Zone Senior Assistant Commissioner. Rawshanul Haque Saikat said that after receiving information that yaba was being smuggled in a pickup, 11,600 yaba were recovered after searching the car seat and the bodies of the two. They also have five lakh 25 thousand rupees in cash.

He said that after the arrest, it was learned that Atiqul (48) was an SI of the police. He is working in the Bandarban District Court, while another Rezaur Rob (42) is his assistant. Together they are supplying yaba to the area.

Mohammadpur Police Station Inspector (Investigation) Abdul Alim said, “This cycle has brought yaba before. For a long time, the police had to lie in wait to catch them. Today I am able to catch them. ”

He said SI Apurba Kumar had filed a case against them under the Narcotics Control Act. They will be sent to court on Tuesday.

Atiqul has been absent from work for a long time, said Bandarbar District Superintendent of Police Zarina Akhter. He has been doing ‘overstay’ ever since. I have been reported missing from Atiqul workplace.

Mohammadpur Police Station OC Abdul Latif said Atiqul’s house was in Tuntulia in Panchagarh. Although he has a wife, he has not been in touch with his family for a long time. And the Lord’s house is in Dhaka.

“She is OK. The yaba was brought from Cox’s Bazar. ”

A batchmate of Atiqul said on condition of anonymity that their batch was admitted in 2001 with training in 2000. Although everyone in the batch was promoted to the post of inspector, Atiqul did not.