Headlines
Redwan Rahman graduates from FilmdomThe local government minister has instructed to cut the road if necessary to remove the waterRequest to withdraw closure shop at night till EIDThe days of the Western monolithic world are over: PutinLeaders of Germany, France, and Italy in Kyiv to express solidarity‘Presidents of two countries call and pressurized Mbappé’Two U.S. citizens are thought to be missing or taken prisoner in UkraineCOVID: The technical committee suggested lifting some restrictionsPetrol prices hit record highs in the USCanada wants a stern warning against cigarettesThe task force to protect the mountains, demanded the formation of a speedy trial tribunalDepot fire: CID tries to find the cause on CCTVRussian passports are being issued in occupied UkraineFire on Parabat Express: Railroad to Sylhet is normal after 4 hoursAnother 24 children died in Mariupol, Ukraine said
Home Entertainment Yohani is floating in praise, looking ahead
Facebook
Twitter
WhatsApp
Print 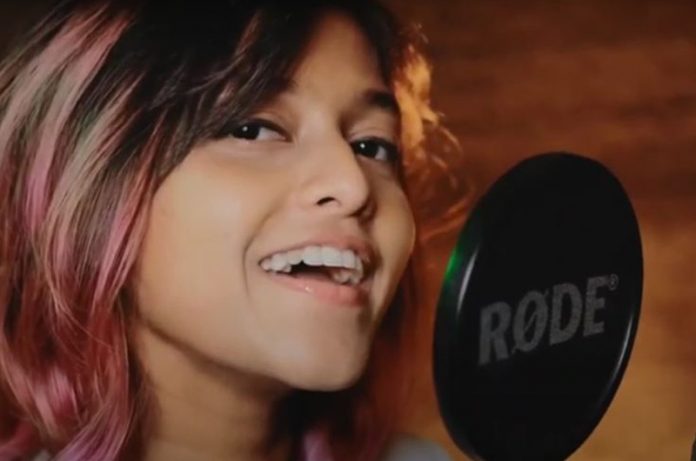 Entertainment Desk: Like many other viral videos, the song ‘Manike Mage Hite’ was started by Tiktok.

In the lockdown, the song was recorded on a mobile phone by rapper Sathishan Rathnayakar, a young Sri Lankan musician, Yohani Diloka D’Silva. What happened next is amazing.

There was a lot of noise on the internet about his voice ‘Manike Mage Hite’. The producer of the original song is called him. Wanted to know if Yohani wanted to give a voice in the official version of the song.

The 28-year-old Johann had no reason to disagree. Dulan ARX’s rap is associated with this rhythmic song of slow rhythm in Sinhala in his intoxicating voice. The video was published on YouTube on May 22.

In less than three months, on September 17, the number of viewers of that song has exceeded 11 crores. In any case, it is a record for Sinhala songs.

In an exclusive interview, Johann de ‘Silva, who has become a star at home and abroad in a short period of time, said that the experience he has had in the last few days is, in a word,’ extraordinary ‘.

“It simply came to our notice then. Everything seems wonderful to me. Thanks to everyone who listened, liked and shared the song. ”

How successful Yohani is in singing ‘Manike Mage Hite’ cannot be considered only with the ‘view’ of YouTube. Bollywood’s legends like Amitabh Bachchan, Madhuri Dixit, Sanu Nigam to Hal Parineeti Chopra, Tiger Shroff are all enchanted by the magic of her voice.

Some stars shared the song and expressed their love; Many have sung and posted on Instagram.

Amitabh Bachchan first saw the song with his granddaughter. There, the song ‘Manike Mage Hite’ was added to a dance scene by Amitabh in the 1981 film Kalia.

To Johani, who is floating in success, this praise of Big B is like a dream.

“Many more Bollywood actors, actresses, and musicians have shared our song. We are grateful to all of them. ”

The success of the song ‘Manike Mage Hite’ has naturally brought Yohani’s fame to the international arena. He is now being contacted by Bollywood. In that possibility, he is spending his days in great excitement.

“There are a few job offers in Bollywood; The issues are being discussed. Many in Bollywood as well as in Sri Lanka have wanted to work with me. Everything is happening so fast that it feels like I’m on a rollercoaster. ”

However, Yohani is not willing to fall from that roller coaster. Now his focus is on his career ahead and his first album.

“Now the work of the album is the most important thing to me. The first song will be released in a month. The whole album is coming next year. There are 12 songs. The name of the album is Khella which means ‘girl’ in Sinhala.

In Sri Lanka, a country of 22 million people, no song has received so many views on YouTube before. Forgetting the language gap, the song has spread beyond the mouths of the common people of India and Bangladesh outside Sri Lanka.

The Sri Lankan artist said that he is getting ‘endless love’ from the Bangladeshi audience for the song.

His message to the Bangladeshi audience: “I thank all those who have heard and seen the song. We are receiving endless love from you, it is a great feeling for us. We hope you enjoy our next song. Everyone will be safe. ”

Born in Sri Lanka, Yohani’s father, Prasanna D’Silva, is an army officer, and his mother, Dinithi D’Silva, is an air hostess. As a child, Yohani had the experience of traveling to Malaysia as well as Bangladesh due to his parents’ job.

“I went to Bangladesh once with my parents as a child. I was so young then that I don’t remember everything very well. I hope to go to Bangladesh soon, in two years. ”

After being released in Sinhala, Yohani sang the song ‘Manike Mage Hite’ in different languages, ​​including Tamil and Malayalam. Do you have any plans to sing in Bengali?

He said he has not learned Bengali yet. But he always loves to learn something new. If you can learn Bengali, you must sing the song in Bengali.

Johani got the inspiration for the song from her mother. He has been publishing songs regularly on a YouTube channel that opened in 2016. However, he was not introduced in that way before; Her career took a turn after the release of ‘Manike Mage Hite’.

In 2019, Yohani performed on stage for the first time in Sri Lanka. But the stage show is almost closed in Sri Lanka, as in all other countries in the coronavirus epidemic.

“I hope we can get back on stage again,” said Yohani, who “missed” the stage a lot. I look forward to that time. I hope I can come to Bangladesh too. ”