Headlines
Redwan Rahman graduates from FilmdomThe local government minister has instructed to cut the road if necessary to remove the waterRequest to withdraw closure shop at night till EIDThe days of the Western monolithic world are over: PutinLeaders of Germany, France, and Italy in Kyiv to express solidarity‘Presidents of two countries call and pressurized Mbappé’Two U.S. citizens are thought to be missing or taken prisoner in UkraineCOVID: The technical committee suggested lifting some restrictionsPetrol prices hit record highs in the USCanada wants a stern warning against cigarettesThe task force to protect the mountains, demanded the formation of a speedy trial tribunalDepot fire: CID tries to find the cause on CCTVRussian passports are being issued in occupied UkraineFire on Parabat Express: Railroad to Sylhet is normal after 4 hoursAnother 24 children died in Mariupol, Ukraine said
Home Headlines Zuckerberg opened his mouth, the answer to any question did not match
Facebook
Twitter
WhatsApp
Print 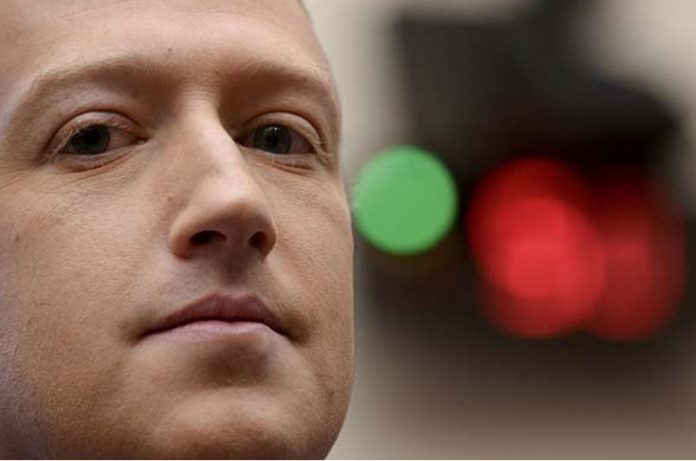 However, Zuckerberg did not give this statement to any journalist or to any investigator. Instead, he has tried to explain the various allegations through public posts on Facebook.

It is noteworthy that Zuckerberg did not directly answer most of the allegations and questions raised in the Senate session, but was clear in his attempt to avoid direct answers. Zuckerberg did not respond to a request from the same Senate subcommittee that called for Mark Zuckerberg to testify and did not name Frances Haugen.

Haugen testified before a Senate subcommittee on Tuesday. “Facebook is weakening democracy and harming children,” Haugen said at the start of the session. “I don’t know of any technology company that works with the goal of making products that make people angry or depressed,” Zuckerberg said.

But Zuckerberg made no comment at the Senate hearing, alleging that Facebook’s MSI and engagement ranking algorithms were playing a role in inciting violence by showing more hateful content to the general public. Senator Blumenthal and his team have opened a fake Facebook account for the purpose of investigation and found evidence that Facebook’s algorithm is showing content that promotes inferiority complex; Zuckerberg did not say anything about that.

In her speech at the beginning of the Senate session, Frances Haugen accused Facebook of undermining democracy and harming children. He raised the issue and demanded the intervention of Congress. In the next question-and-answer session of session, various details of Haugen’s statement on the adverse effects of Facebook on politics and social order came up.

Zuckerberg claimed that most of the allegations made in the senator’s session were “meaningless.” “If we didn’t want to pay attention to research, why did we create the industry’s top research project?” Zuckerberg asked. It is noteworthy that Haugen, a former employee of the research department of Facebook, also gained fame in the Senate session. The purpose of the research project was not questioned in the Senate session; The lack of effective action by Facebook based on the results of the research has been questioned and the tendency to suppress the results.

Zuckerberg added, “If social media is behind social polarization, why do we only see polarization in the United States when it is declining or equalizing in different parts of the world?”

Zuckerberg did not comment on the use or role of Facebook in ethnic riots in Ethiopia and Myanmar. He spoke in support of the US Alliance for Democracy but said that maintaining some independence was important for the United States.

Zuckerberg, in a Facebook post, dismissed allegations that Facebook was more concerned with making money than customer safety. Explained thus, “The move that can be questioned is when we came up with the Meaningful Social Interaction (MSI) change in the news feed. This change showed the content of friends and relatives more than the viral content. We launched it knowing that people would spend less time on Facebook. ”

Zuckerberg made almost the same statement when MSI was launched in 2016. It is noteworthy that MSI determines the importance of content judging by likes, comments, and shares. According to Haugen in the Senate session, Facebook’s algorithm cannot identify offensive content on the one hand, but it does not exceed 20 percent on the other. On the other hand, in MSI’s judgment, the content that the algorithm emphasizes on users’ news feeds, due to the failure of the algorithm to identify negative content, is the content that provokes the aggressive attitude of the users. As a result, at the end of the day, violent and hateful content is more important than user posts in the user’s news feed. Zuckerberg did not comment on the role of MSI or algorithms in inciting violence.

“It’s very important to me that everything we make is good and safe for children,” Zuckerberg said of the negative impact of identifying children as consumers.

“We’ve put the project on hold to take more time with the experts to make sure that whatever we do is for the better,” Zuckerberg said, referring to Instagram Kids.

In the face of criticism, controversy, and congressional pressure, US Senator Brian Schutz raised the question of whether the Facebook Instagram Kids project would be scrapped altogether. Haugen replied, “I would be surprised if that happened. They need users. When children come to the platform, their parents will also come to the platform with them. And by making the use of Instagram a child’s habit, they will be able to ensure that future user. ”

Although Zuckerberg has been silent on the Wall Street Journal series report based on documents provided by Haugen, several senior Facebook officials, such as Antigone Davis, Monica Bickert, Nick Clegg, and Andy Stone, have spoken out at various times in the US Senate, media and social media. Meanwhile, Senator Marsha Blackburn called on Andy Stone to address the Senate committee directly after tweeting questions about Haugen’s acceptability during the Senate session.

On the other hand, after the session, Monica Bickert got stuck while giving an interview to the BBC. Only 40 people took part in the research report on the negative effects of Instagram, and according to the study, the positive impact of Instagram on users is greater, he said, adding that “research results are being misrepresented.”

In response, a BBC reporter cited a 2016 survey by Pew Research. In a survey of 650 teenage Instagram users, 28 percent of respondents said that Instagram increases their self-esteem. Without giving a direct answer, Bikart went on to explain how Facebook values ​​research to improve its services and enhance customer safety.

According to the Wall Street Journal, more than 100,000 users in nine countries took part in an internal Facebook study on the impact of Instagram.